What is Alzheimer's disease?

Alzheimer's disease is a degenerative brain disorder that severely affects certain mental functions of the patient and interferes with their daily lives. It is the most common form of dementia in the UK. 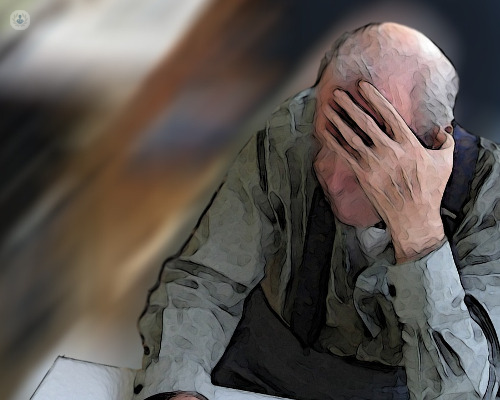 This disease has different stages:

What are the symptoms of Alzheimer's disease?

At the beginning of the disease, the patient shows small memory losses such as difficulty remembering recent things or names of people. These symptoms get worse until they are unable to recognise close family members and have difficulty reasoning, speaking, reading and writing.

The main neurological symptoms are:

There are also certain risk factors for Alzheimer’s, including:

What is the treatment for Alzheimer's disease?

There is currently no cure for Alzheimer’s disease, but some drugs can help delay the disease and its symptoms. Activities and support also play an important part in the care of Alzheimer’s patients.

Any cookies that may not be particularly necessary for the website to function and is used specifically to collect user personal data via analytics, ads, other embedded contents are termed as non-necessary cookies. It is mandatory to procure user consent prior to running these cookies on your website.