Dr Dennis Chan is a highly qualified neurologist with vast experience treating a range of neurological disorders including headache, Parkinson's disease, epilepsy, and multiple sclerosis. He is an internationally recognised expert in dementia, specialising in the diagnosis of Alzheimer's disease, mild cognitive impairment, and other memory disorders. His private clinics are located at Spire Gatwick Park Hospital, Spire Montefiore Hospital in Hove and The North Downs Hospital in Caterham. Dr Chan's NHS clinics in memory disorders and general neurology are held in Cambridge and Sussex.

Dr Chan qualified in medicine from the University of Cambridge. In addition to his medical degree, he holds two research doctorates. He obtained a PhD under the supervision of Professor John O'Keefe (University College London), who was later awarded the 2014 Nobel Prize in Physiology or Medicine, and an MD under Professor Rossor, Institute of Neurology, London. From 2014 - 2019 he was based at the University of Cambridge and in 2019 he moved his NHS work back to Sussex, and his academic work back to UCL.

Dr Chan's research into Alzheimer's disease has received extensive media coverage, with articles in all the leading national newspapers (including The Times, Independent, Guardian, Daily Mail, Daily Telegraph) as well as interviews on BBC national TV, the BBC Radio 4 Today programme and CBS TV in the USA. His work has been published in the top research journals including Nature and The Lancet. Dr Chan receives research grant funding from the Medical Research Council, Wellcome Trust, Alzheimer's Research UK, Alzheimer's Society, Innovate UK, and the Alan Turing Institute. His research has been extensively covered by the national and international news media.

Dr Chan is also leading UK research into cognitive impairment (brain fog) as part of long Covid. In July 2021 he was awarded £1.2 million by the National Institute of Health Research to study and treat this problem.

Dr Dennis Chan is happy to offer virtual consultations. To request an appointment, please click the blue eConsultation button on the profile. 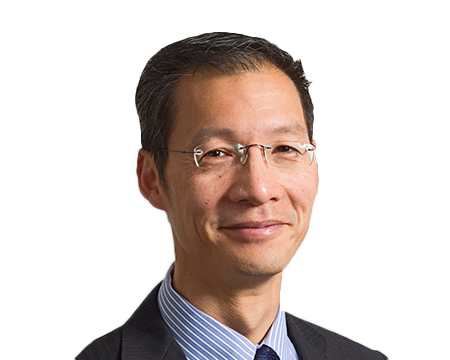 What is memory loss? Memory loss, also known as ...

Dr Chan has completely changed my life. He is extremely knowledgeable and very thorough. He listened and answered my questions in a very professional manner.

Very professional and caring, He takes his time in explaining things in details and make you feel comfortable around him like a friend. He is highly recommended

Dr Chan is a very straight taking person, true professional it was a plesure to be in his care

Dr Chan takes the time to actually listen to me. He seems genuinely interested and delighted in the progress I am making in my vestibular migraine journey.

Listened, made me feel at ease and explained next steps thoroughly. Thank you

Dr. Chan was thorough, friendly and made me feel at ease immediately. He took the time to explain everything clearly and answer any questions I had.

Dr Chan was very efficient and made me feel at ease. Giving good explanations and recommendations.

Dr Chan has been absolutely brilliant and has treated me so well. He has maintained a very professional approach throughout my consultations with him. Thank you

Dr Chan is very approachable. He listens well and speaks with great clarity.

Doctor took his time and explained in great detail all my issues. Very impressed.

It was a very clear and comprehensive consultation and I am very happy with Mr. Chan's recommendations regarding further treatment.

Dr Chan is an excellent consultant. He has empathy, enthusiasm and exemplary communication skills. He is also an expert in his field.

Five star appointments to date. Everything well explained and ever felt I couldn’t ask for clarity on points. Very clear and direct.

Fantastic consultation. Incredibly thorough, explained everything clearly and addressed all my concerns.

Very thorough process explained clearly with understanding and a detail. Empathetic with time and ability to ask any questions. Thank you!

Dr Chan was very welcoming and informative. I felt my needs were carefully considered and even anticipated, making the whole experience easier

Both my appointments with Dr Chan we’re thorough, professional, on time and useful.

Dr Chan was extremely thorough, friendly and knowledgeable during my consultation today. I would highly recommend. Thank you.

Very Proffesional,helpful and explained everything really well.Very Pleased with Dr Chan, will definitely visit him again if needed.Really recommend.

Very knowledgeable and seem to care about my well being. Can speak a little fast.

Excellent experience seeing Dr Chan, he put me at ease and took the time to really listen to my symptoms and previous history. He was very thorough in his assessment and made a prompt onward diagnosis. I would definitely recommend him.

Very informative appointment professional and put my mind at ease.

Dr Chan continues to be a great support as we understand the effect of my mothers condition.

A fast and quick resolution and my medication changed to make my life better.

Thank you Dr Chan! We highly reccomend Dr Chan and his team . All our respect from Dr Raab and Dr Fardella

My appointments with Dr. Chan were extremely professional and he kept me informed of all treatments available throughout my consultations with him.

After my first appointment with Dr Chann he referred me for tests which were quickly carried out, and the second appointment led to a confirmed diagnosis and treatment options. I would have no hesitation in seeing Dr Chann again.

My experience with Dr Chan was excellent. I was diagnosed with Trigeminal Neuralgia and Dr Chan was professional, throrough and incredibly reassuring in what was a very difficult and painful time. I would absolutely recommend him.

Very knowledgeable and systematic in his diagnostic methodology. Explains the situation very clearly while also being polite.

I never thought my intense and frequent migraines could be more manageable or more infrequent, but Dr Chan has given me hope with trying new and different treatments that make a difference to my migraines. It’s been life changing. Highly recommend.

Very compassionate & extremely knowledgeable - just what you need in a Doctor. He listened and went above and beyond to help me, very impressed.

Great experience with Doctor Chan. Really reassured me and did all the tests/referrals needed. All results explained to me in depth. Very happy with my treatment. Room was spotless and staff very friendly.

Dr Chan and the Montefoire hospital always provide a great and caring experience. It is always reassuring to discuss my medical situation with him. He is very calm and caring and makes me feel very comfortable.

I found Dr Chan very pleasant and very helpful. He put me completely at ease. I would recommend him to anyone who needs a neurologist. I would like to thank him for his help

Dr Chan was friendly, efficient, professional and very reassuring. He explained everything clearly and I feel that I have received excellent treatment and a positive outcome.

Dr Chan was able to assess my condition accurately and provide the correct medication. I’m now looking forward to a pain free future, and I’m now able to return to work with confidence. Thank you, Dr Chan!

Dr Chan is a friendly, welcoming and professional consultant. He listened carefully to my explanations of symptoms, understood my concerns and supported me in exploring all avenues to find answers. He has been very supportive over the last 8 months.

Dr Chan is a consummate professional and an astute medical magician. He solved a diagnostic conundrum that dates back to 2011, and exonerated me from the sentences of 2 diagnoses that carried with them the inevitable promise of progressive degeneration.

I've used Dr Chan before and he was excellent. This time round the waiting time has been much longer, around 9-10 days it was moved once with no notice. Appointment was fine eventually. Six days later i am still chasing a prescription letter. Poor service in general this time.

I have been under Dr chans excellent medical care for some years now and you couldn't get better . Professional and prompt service all round. Very very happy. 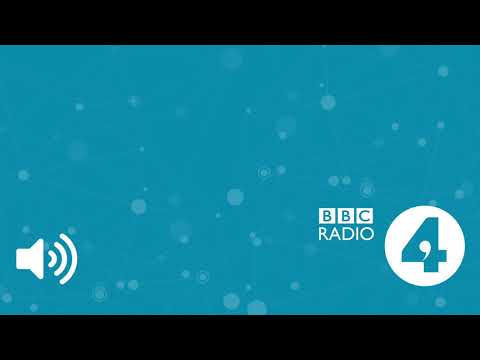 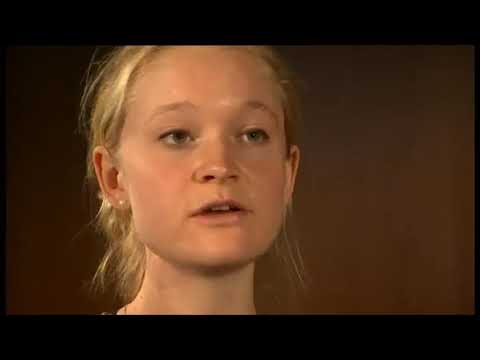 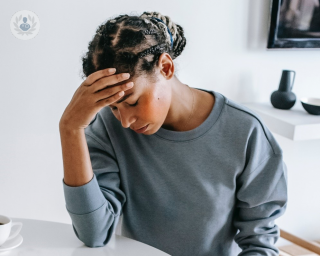 The cognitive impact of COVID-19

Coronavirus can cause symptoms that can last for months after being initially infected. We decided to speak with Dr Dennis Chan, a highly regarded neurologist who has researched into these long term effects of COVID-19. In this article, we discuss the virus' impact on cognitive function, why it can affect it and in what ways. We also look into ways that cognitive problems due to coronavirus can be treated.
Read more 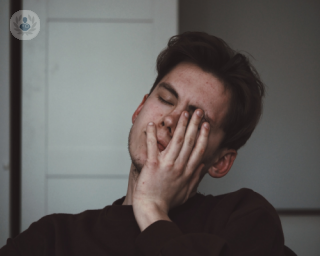 Neurological conditions can be seriously debilitating and, in some cases, life-threatening. Therefore, it's important to spot the signs early. Dr Dennis Chan shares his expert knowledge of the symptoms, which indicate more serious neurological issues.
Read more 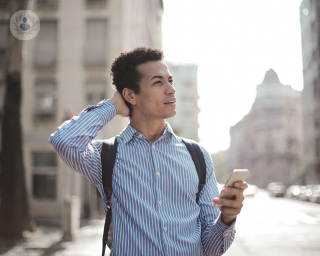 A poorer sense of direction or difficulty finding your way around places may be among the first indications that Alzheimer’s disease could affect you later on in life. These are the findings of an ongoing study conducted by experts at Edinburgh University. Consultant neurologist, Dr Dennis Chan explains more.
Read more 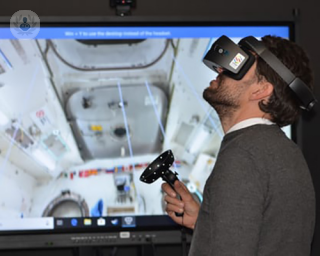 Alzheimer’s disease (AD) is a progressive neurodegenerative disorder that causes damage to the brain cells which control memory and thinking. Doctor Dennis Chan talks about Alzheimer’s disease, how it is diagnosed and how virtual reality can help spot the early signs of the disease.
Read more

This website uses cookies to improve your experience while you navigate through the website. Out of these cookies, the cookies that are categorized as necessary are stored on your browser as they are essential for the working of basic functionalities of the website. We also use third-party cookies that help us analyze and understand how you use this website. These cookies will be stored in your browser only with your consent. You also have the option to opt-out of these cookies. But opting out of some of these cookies may have an effect on your browsing experience.
Necessary Always Enabled
Necessary cookies are absolutely essential for the website to function properly. This category only includes cookies that ensures basic functionalities and security features of the website. These cookies do not store any personal information.
Non-necessary
Any cookies that may not be particularly necessary for the website to function and is used specifically to collect user personal data via analytics, ads, other embedded contents are termed as non-necessary cookies. It is mandatory to procure user consent prior to running these cookies on your website.
SAVE & ACCEPT